For many seasons Pymm & Co Estate Agents in Norwich have been proud sponsors of the Norwich City Football Club, for the 2020/21 season we are proudly sponsoring midfielder Lukas Rupp. 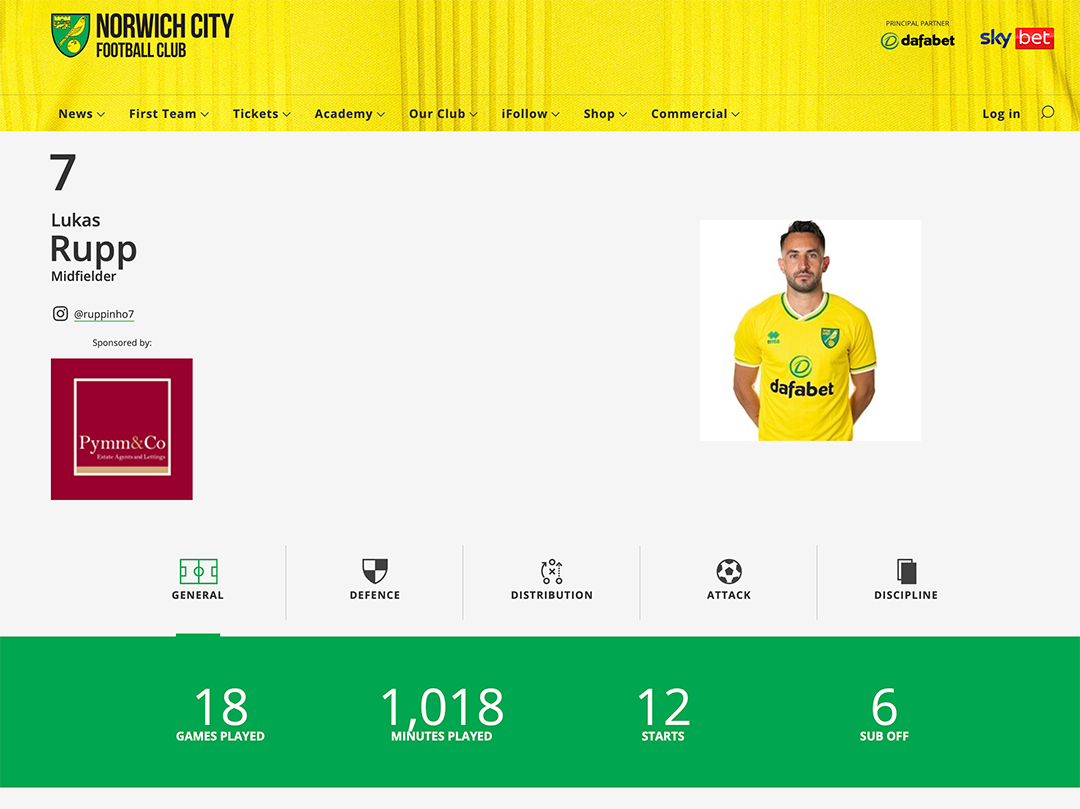 German born Lukas Rupp is a central midfielder who is comfortable in attacking roles and Lukas is an experienced player to have in the squad.

Starting his senior career at Karlsruher SC in 2010 after progressing through their academy, Lukas Rupp has earnt himself a series of transfers over the years, playing for many clubs including SC Paderborn and Stuttgart, before being signed by Hoffenheim in 2016.

It was here that Lukas Rupp spent three-and-a-half years of his career, before signing for the Canaries in January 2020 on a permanent deal.

On arriving at Norwich City Football Club, Lukas said “There are some players I knew before, so it was easy for me to come to the team”, commenting on the settling in period. “Having a German coach is good for me. It’s a nice city, a nice club, and everybody is very kind to me, so it’s been a good start”.

It hasn’t been all plain sailing for the German though. With the Covid-19 Pandemic resulting in a suspension of football and then relegation from the Premier League meant it was a difficult first six months for the midfielder in what was his first time living and playing football in a foreign country.

However, this season things on the football pitch are going a lot better, for him and for Norwich, and he is now taking things one step at a time as the club look for a return to the topflight.

The team have been playing games in front of 27,000 empty seats over the last year, but hopefully fans can be expected back into Carrow Road around March 2021.

Both the Pymm & Co Sales and Lettings team, wish the Norwich City Football Club and especially Lukas Rupp, continued success for the remainder of the season.