During the month of August, Pymm & Co underwent a full office revamp.

The Pymm & Co office for Sales and Lettings is located in a prime position on Ber Street and opposite the John Lewis store. We’ve had the office since our opening in 2006 and during that time we have expanded to number 6 next door which used to be Kestral Taxis and also to the left of the building. During the month of August we felt it was time to give the office a FULL revamp.

The frontage of the office was all prepped first and then repainted in our iconic red. We instructed local signage company, Mower Signs to create a new main frontage board for us, with the logo and lettering on spacers to look extra polished and also to create a new swing sign above. As we own the side building as well, we utilised the brickwork above to have a new big sign created so that the Pymm & Co brand is visible when you top the Rose Lane. 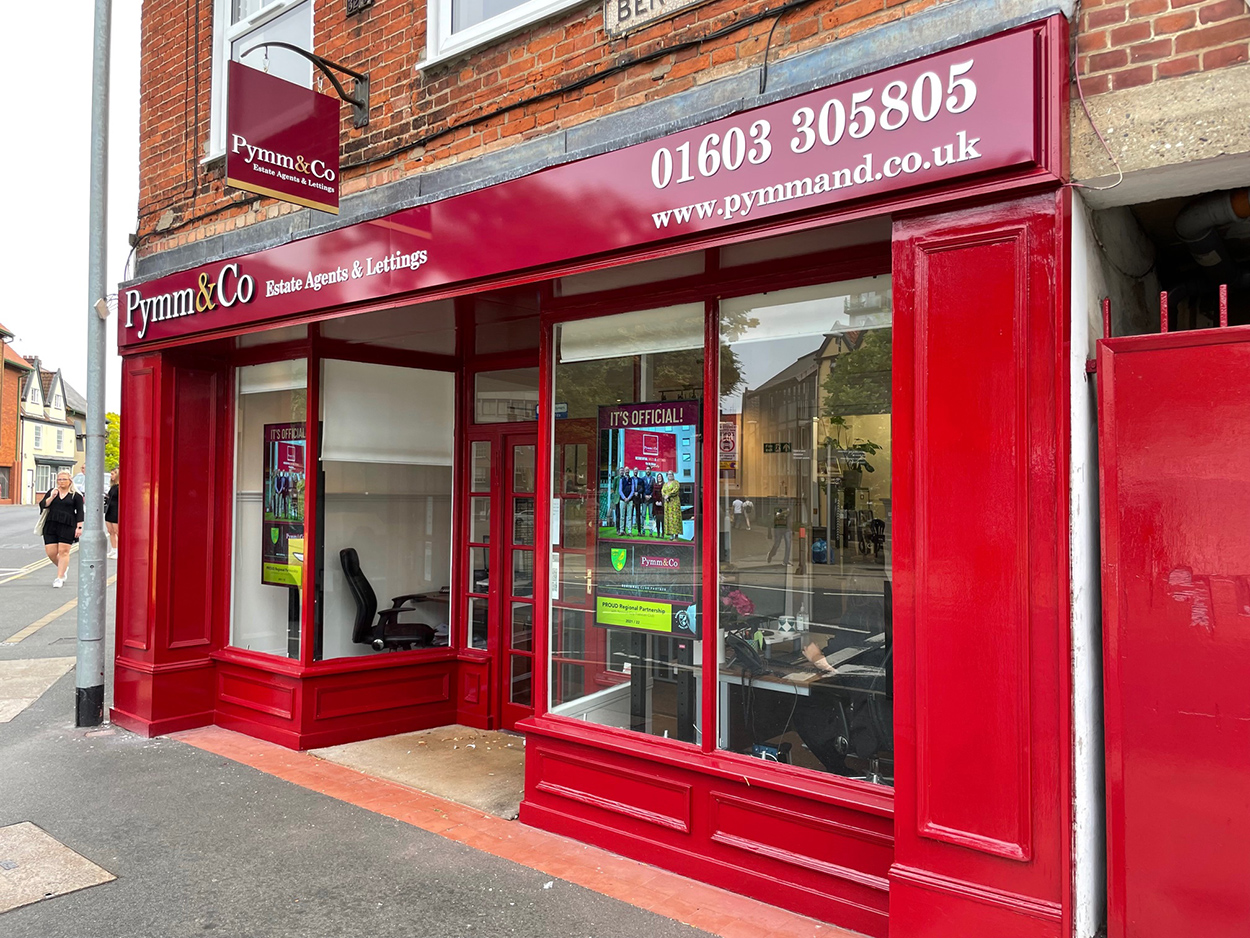 As well as having the outside of the office revamped we have also had new signage put up in the interior of the office so that the Pymm & Co brand is front and centre.

To compliment the new office revamp, we have also got two NEW animated promotional screens in prime position of the left and right windows. Supplied by InVoke Digital Signage, the digital signs are updated regularly by our graphic design providers, visualise creative, which shows the Featured Properties and prominent messages that we want to put out. The digital signage can be clearly seen by pedestrians walking up All Saints Green and aimed at creating interest and catching the eye.

At Pymm & Co we work closely with local businesses and we actively engage with the community as much as possible.