Pymm & Co Estate Agents and Lettings in Norwich are proud to announce being brand partners for the Norwich City Football Club 2021/22 premiership season.

It’s now OFFICIAL and was yesterday posted on the canaries.co.uk website that the Pymm & Co brand is an official Regional Club Partner with Norwich City Football Club.

To say the whole team are both and excited about this new venture is an understatement.

Steve Pymm, managing director of Pymm & Co, said: “I am delighted to become a regional partner with Norwich City Football Club. I have held a season ticket at the club for many years with my wife Catherine and our two daughters so it’s a very proud day for me and my family business Pymm and Co Estate Agents and Lettings to be partnered with NCFC.”

Sam Jeffery, interim commercial director at Norwich City Football Club, said: “We are delighted to be able to add Pymm & Co to our roster of regional partners for the upcoming Premier League season. We thank Steve and Stuart for their tremendous support and look forward to seeing their branding at Carrow Road.”

During the Premiership 2021/22 season the Pymm & Co brand will be highly visible throughout ALL the home games played at the Carrow Road stadium. Our brand will be visible on the super massive screen that sits prominently in the corner of the Barclay End as well as playing an animated sequence on the Digi board that displays around the pitch. We will also be featured in the match magazine as well as throughout the corporate screens playing within the stadium.

This is such exciting news for the Pymm & Co business and we are sure will give us maximum exposure as the premiership games are televised to millions across the country.

Truly living up to our strap line of ‘Doing things DIFFERENTLY’, we wish the boys every success in their 2021/22 premiership campaign which gets underway this Saturday 14th August against the mighty Liverpool, which just happens to be a home game!!!!! ⚽️

At the pre-season match where Norwich City FC thumped Gillingham 5 – 0, the Pymm & Co brand was on glorious full display on the MASSIVE big screen. 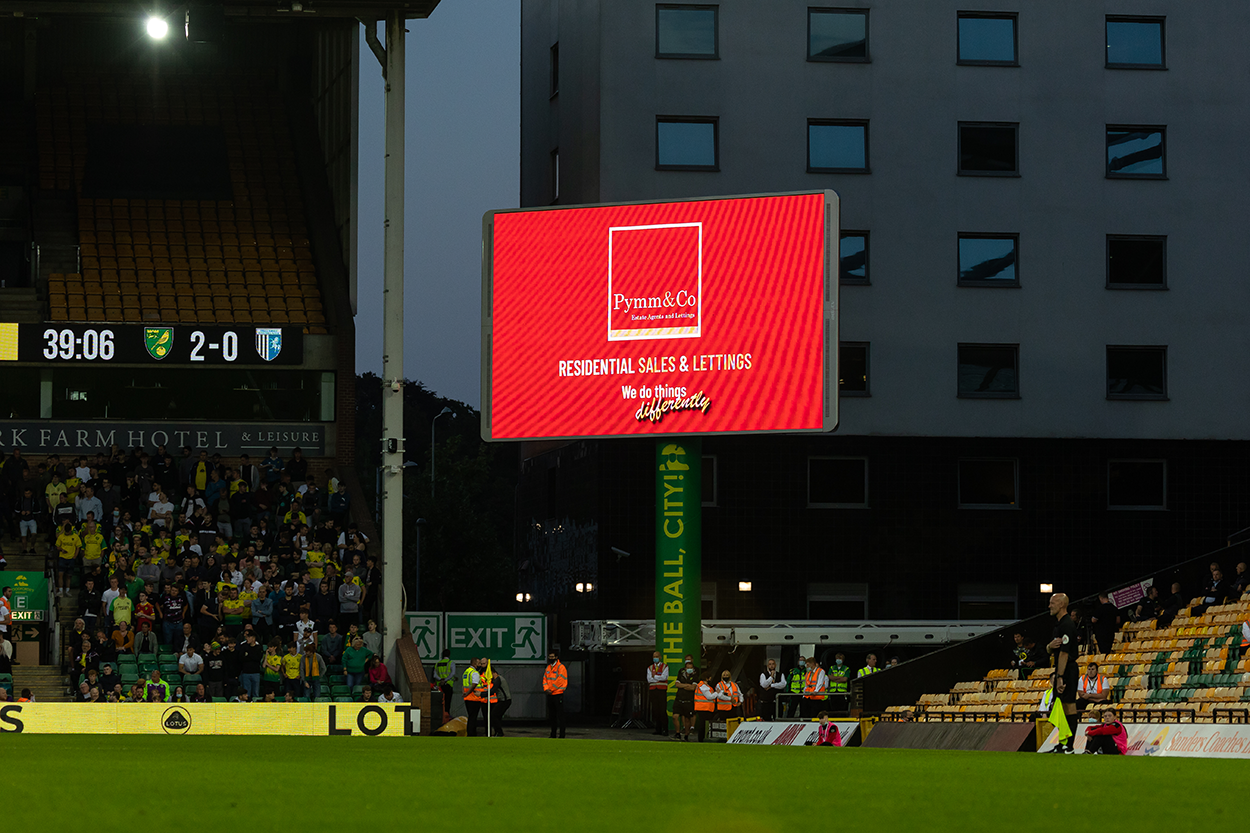